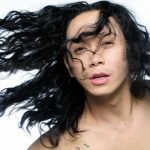 Novy Bereber is a Filipino-Australian choreographer from Iloilo City who is now based in Sydney, Australia. He is the Philippines’ leading choreographer of his generation, the only one to have mounted his works to the major dance companies in the Philippines – Ballet Philippines, Ballet Manila, and Philippine Ballet Theatre and Airdance.

Before becoming an established choreographer, Novy had a prominent career in dance. He started to dance at Dagyaw Theatre Dance Company in Iloilo, under the tutelage of its founder, Edwin C. Duero. He moved to Manila and became a Soloist of Ballet Philippines. He was a seasoned performer turned choreographer for the Opening and closing ceremonies of the Cinemalaya Philippine Independent Film Festival, running for 15 years now.

In 2010, Novy made history as the first Filipino to perform in the 2010 Winter Olympics Opening Ceremony in Vancouver. He also performed at the Opening and Closing Ceremonies of the DOHA 2006 Asian Games and was a Consultant Observer for the Opening Ceremony of the Shanghai 2010 World Expo.

He is also an established Modern Dance teacher. He was a faculty of CCP Dance School, and still offers Modern Dance classes when he is in the Philippines. He also works with the National Commission for Culture and the Arts in providing Modern Dance Workshops offered on a national scale.

Upon moving to Australia in 2011, Novy was invited to create a show for the Sydney Mardi Gras. His piece, Black Swan Apotheosis was chosen to be the finale of the Southern Hemisphere’s largest community event seen by thousands of people. In that same year, he won a scholarship to the International Physical Theatre Laboratory IUGTE Austria, to work with the renowned Russian director, Sergei Ostrenko.

Novy landed big-scale choreography and performance opportunities in Australia. He was part of the Australian production of The King and I in 2014. He did another series for the Sydney Mardi Gras, the Opening parade as well as its finale. In 2016, he choreographed Laser-Dragon Water-Theatre for the Darling Harbour Precinct of Vivid Sydney, which has been nominated for Best Live Animation and Special Effects. He was awarded Young Filipino Artist of the Year 2016 by FILLCA and Outstanding Achievement as Performing Artist 2017 by FACCES.

After his successful contribution to Vivid Sydney 2016, Novy returned to the Philippines and remounted his iconic piece “To Whom It May Concern” for the Opening of DANCE.MNL 2016 and premiered “Feuge” for Neo-Filipino 2017.

He completed his Fashion Design Certificate IV at FBI Fashion College in Sydney. He is also a certified Stott Pilates instructor and is the first Filipino practitioner in Australia of the new revolutionary therapy, Dance for Parkinson’s Disease (DPD).

He debuted his Stiletto Exhibition, “StilletoNB” at NSW Art Gallery in March 2019. He also choreographed Noli Me Tangere, the New Musical by Peter Fleming.

Novy Bereber is the Founder and President of the Bereber Dance Theatre, an independent contemporary dance company established in June 2019.

Who is Novy Bereber?

Novy Bereber is a Filipino-Australian choreographer from Iloilo City who is now based in Sydney, Australia. He is the Philippines’ leading choreographer of his generation, the only one to have mounted his works to the major dance companies in the Philippines – Ballet Philippines, Ballet Manila, and Philippine Ballet Theatre and Airdance.

Send me a message